Our Special Guest of the Week! 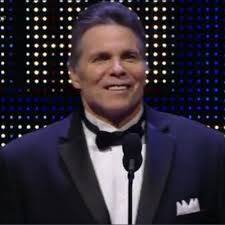 Appearing as “Leaping” Lanny Poffo and “The Genius”, this WWE great joins us to retell his amazing journey as a star of the wrestling world and his poetic recitations will not disappoint. Lanny is an author of 2 books and now travels the world as a motivational speaker. Welcome to the 5MTS audio stage, a Genius like no other, Lanny Poffo! 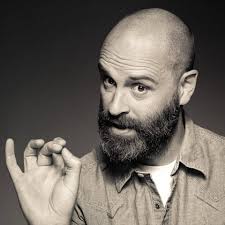 Ted has made multiple appearances on David Letterman, Conan O’Brien, Jimmy Kimmel, Craig Ferguson and The View. He’s had two half-hour specials on Comedy Central as well as appearing on “Louie,” “Inside Amy Schumer,” “The Gaffigan Show,” “Dr. Katz,” and “Oz.”

Ted appears regularly at the iconic Comedy Cellar in NYC and has been touring with Jim Gaffigan.

Although best known for his portrayals of A. J. Quartermaine on 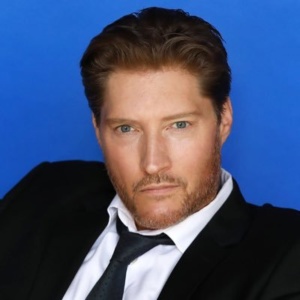 General Hospital, Deacon Sharpe on The Bold and the Beautiful and The Young and the Restless, and Mike Barnes, who can forget his bad boy portrayal in The Karate Kid Part III. We welcome to the 5MTS audio stage Sean Kanan! 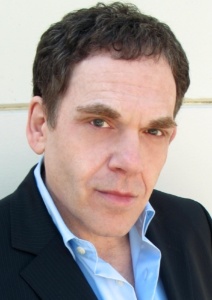 Best known for appearing in films such as Who Framed Roger Rabbit, A Nightmare on Elm Street, The Polar Express, Rango, and We’re Back! A Dinosaur’s Story. He also reprised the role of Roger Rabbit in the Roger Rabbit theatrical shorts. After beginning his career in stand up comedy at age 9, Charles Fleischer’s first big break in comedy television came when he made an appearance on Rowan & Martin’s Laugh-In.

Bob Zany has appeared on over a thousand national T.V. shows, from The Tonight Show to a seventeen-year stint appearing on and co-hosting The Jerry Lewis Telethon. Currently, he can be seen on Showtime in Billy Gardell’s Road Dogs. His numerous film credits include Joe Dirt with David Spade, Stephen Soderberg’s The Informant playing Matt Damon’s attorney. Currently starring with Eric Roberts in 23 Minutes to Sunrise. He also has a documentary about his 35-plus year career, Close But No Cigar. Enjoy our journey with all things “Zany” including an episode of the Zany Report! 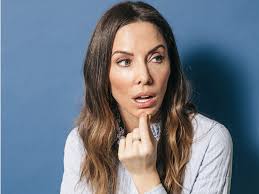 Whitney joins us to talk about her book, her streaming episodes and her latest projects of the brain and her upcoming appearance at the KAABOO Comedy Fest in Arlington Texas.

Orny has had one hour stand up specials on Netflix, Comedy Central and his third special “More Than Loud” debuted in December on Showtime. Orny has appeared all over television, most notably on The Tonight Show, Late Night with David Letterman and The Conan O’Brien Show.

And you might also recognize him as Coach from the TV show Teen Wolf which ran for six seasons. Join us and Orny at the KAABOO Comedy Fest in Arlington, TX. on May 12th! Get off the couch and go check out Orny’s show!. Tickets are available here: https://kaabootexas.com/ 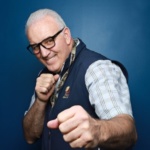 “Gentleman” Gerry Cooney’s professional boxing career has been marked by amazing fights and a brutal left hook. He holds a record of 28 wins and 3 loses and with his success in the ring came demons outside the ring, which Gerry battled and won. We talk to Gerry about those past fights as well as his current triumphs and projects and, oh yeah, his appearance on the Simpsons and Letterman. The Five Minute Talk Show proudly presents, “Gentleman”Gerry Cooney. 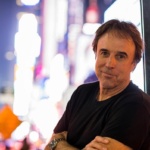 We welcome our friend Kevin Nealon to the Five Minute Talk Show, who may be best known for his time on SNL and his memorable characters like, Hans and Franz. Although he has appeared in dozens of movies and TV shows, he still returns to where it all began, standup comedy. Join us as Kevin pulls back the curtain and gives us a behind the scenes look at SNL and it’s 40th reunion.

Brian’s passion is stand up but his vast comedy and dramatic talents have landed him on shows like: Mad Men, Dexter, Grey’s Anatomy, Shameless and A Million Little Things, just to name a few. On this episode we talk about the world of Scolaro comedy, check out one of Brian’s “Foody” tunes and hear a never before released comedy set of Brian in Las Vegas in front of 4000 fans. Enjoy! 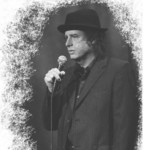 The man who brought the “Dry Delivery” to a zenith state, We welcome Steve Wright to the 5MTS stage to reflect on 40 years of comedy and his first life changing appearance on the Carson Show. 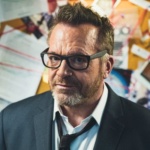 This week we bring Tom Arnold to the 5MTS mic. Whether it’s TV with Roseanne Barr,big screen movies like “True Lies” and “Soul Plane” or for you sports fans, “Best Damn Sports Show Period, Tom Spans the years with comedy across the breath and width of media. He also talks about his life, passions and newest stand up comedy special: “Past, Present and Imperfect”

Jackie joins us to talk about his journey through the comedy landscape of his years with Howard Stern, his time with JFK Jr. and a behind the window curtain look at telling jokes on Willie Nelson’s bus. 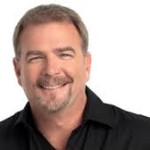 Bill returns to the Bleav 5MTS stage to answer the major questions of life, all things Blue Collar Comedy tour, Dancing with the Stars and the future of Engvall comedy. [Listen Now]

He’s the hardest working man in comedy and He’s back to fill us in on the man, the myth and the tour that never ends!. Carlos returns to update us on the world as only he can see it and the Mind of Mencia! 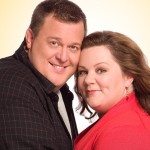 You know him from Mike & Molly, we know him as a stand up comic with some serious comedy chops. Listen NOW on the Bleav Podcast Network 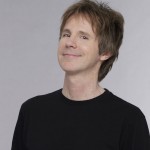 One face, but many voices and we have him right here for you on the 5MTS audio stage. 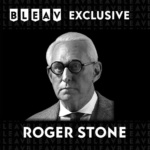 Phil welcomes Roger Stone to The Five Minute Talk Show Podcast to talk all things political from Nixon to Reagan and to explore the legal issues of the day. We’ll also explore Roger’s sense of humor, his favorite comics and find out what really makes Roger laugh.  LISTEN NOW!

You may know him as a best selling author, film maker, writer, comic or even “Uncle Danny”, but we know him as the “Jewish Clark Kent”. Find out more about the man who gave Bob this superhero moniker as we present Bob Saget! [Listen] 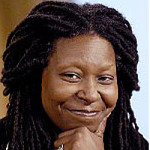 Whoopi Goldberg drops by to laugh out loud with Phil… What happens when Joe Biden makes a surprise appearance?

Whether it’s TV, Film or Stand Up comedy, she does it all and she’s here to talk comedy with our own Phil Iazzetta. 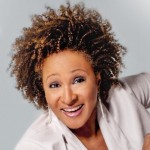 You know and love her, there’s no one else quite like Wanda Sykes. She sits down with Phil to discuss The Trump, The last Comic Standing, Chris Rock and the world of Wanda. 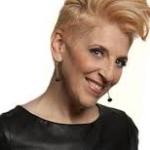 She’s Lisa Lampanelli and she lost over 100 pounds! Phil chats with The Queen of Mean about her life, her comedy and all things Lisa funny. 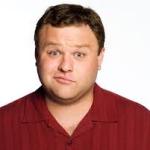 The man who launched a thousand impressions joins Phil for a little comic heart to heart on the Five Minute Talk Show Stage. We welcome the lovable, huggable and impressionable Frank Caliendo! 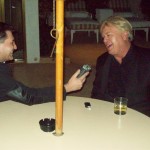 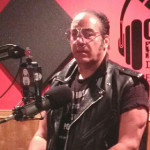 Welcome to an exclusive 5MTS with our own John Mulrooney and Andrew Dice Clay. This interview occurred early this year on Mulrooney in the Morning with Dice’s announcement of several new projects, one of which is a book which released last week. Dice recounts his first paid gig which John attended and the rest, as they say in da biz, is comic history. Enjoy! 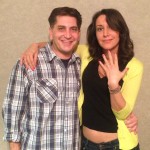 Rachael’s got a Comedy Central Special and we’ve got her in studio face to face with Phil talking about all things Rachel. Check out her half hour special “A Good Time For Some Jokes”

We Got MORE Rachael! 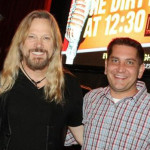 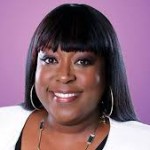 “Loni Love is a one of the busiest women in comedy as co-host of FOX’s The Real, a jet-setting stand-up comedian, and a regular Guest DJ on The Ellen Show. Loni can also be seen on shows such as Chelsea Lately, Premium Blend, The Tonight Show With Jay Leno, Comicas Unleashed, and VH1’s I Love the 70s, 80s, and 90s. Loni has starred in her own Comedy Central special, is a co-host on the CaféMocha Radio Show, and the Author of Love Him or Leave Him – But Don’t get Stuck with the Tab.” 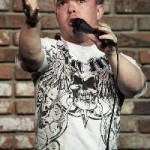 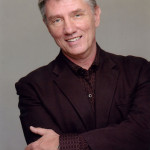 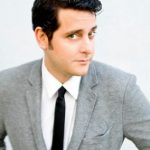 “Satirical comedian Ben Gleib, dubbed the “next big thing” on Esquire’s comedian list, performs his first one-hour comedy special where he tackles social media, singledom, vegetarians and everything in between. ” You can hear him now as he sits down with Phil to discuss the Big Show.