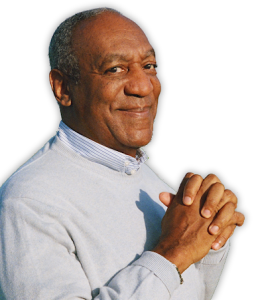 One of America’s living comedy legends, Bill Cosby, opens the door to Cosbyology and all things comedy in this exclusive interview. His Cosby view of culture and comedy span 5 decades and include multiple  Grammy’s, Emmys and numerous accomplishments including the Mark Twain Award and the Presidential Medal of Freedom. He also has the claim to the five best sweaters ever worn on a sitcom.

Over the past century, few entertainers have achieved the legendary status of William H. Cosby Jr. His successes span five decades and virtually all media, remarkable accomplishments for a kid who emerged from humble beginnings in a Philly project.

In the 1960s, his stand-up act was a coast-to-coast sensation, spawning a string of hilarious, best-selling comedy albums, which went on to win eight Gold Records, five Platinum records and five Grammy Awards. His role on TV’s I Spy made him the first African-American to co-star in a dramatic series, breaking television’s racial barrier and winning three Emmy Awards. In the 1980s, he again rocked the television world with the The Cosby Show, a gentle, whimsical and hugely successful series that single-handedly revived the family sitcom (and rescued NBC).