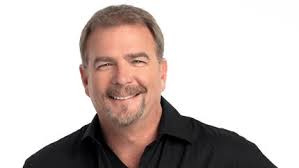 Bill returns to the 5MTS stage to answer the major questions of life after knee surgery and shingles. Apparently pain is easy, but clean comedy is hard. [Listen Now] 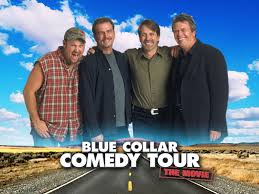 An Encore Interview from June 2014

Bill was part of the enormously successful Blue Collar Comedy concert films, which have sold more than 9 million units and are some of the most watched movies and special in Comedy Central history. The soundtrack for Blue Collar Comedy Tour- One For The Road (Warner Bros./Jack Records) was also nominated for a Grammy Award.

Along with his Blue Collar movies, Bill has several solo specials which aired on Comedy Central including Aged and Confused (2009), Live (2004 (certified multiplatinum). He recently reunited with Jeff Foxworthy and Larry the Cable Guy on the “Them Idiots Whirled Tour”, which was filmed as a special for CMT and aired in March of 2012. 15° Off Cool ( 2007) and Here’s Your Sign.