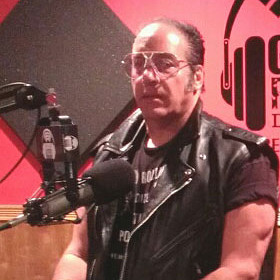 Welcome to an exclusive 5MTS with our own John Mulrooney and Andrew Dice Clay.  This interview occurred early this year on Mulrooney in the Morning with Dice’s announcement of several new projects, one of which is a book which released last week.  Dice recounts his first paid gig which John attended and the rest, as they say in da biz, is comic history. Enjoy!